You’ve launched a Facebook ads campaign, view statistics and see that your ads aren’t getting any impressions. Quite a common scenario, isn’t it? There are a lot of reasons behind low performance. Here are just some of them.

Audience overlap is marketing to the same audience with different ad sets. In this case, your ads might not be delivering because you show two of them to one and the same user and they start competing against each other.

There is a tool to help you determine whether there is an overlap in your target audiences. You can find it in the Ads Manager, under Tools -> Audience. To compare your audiences, you’ll need to visit each ad set.  To select the first audience you want to compare from the menu choose “Show Audiences Overlap.”

Solution: avoid targeting the same audiences at the same time with multiple ad sets or campaigns, regroup overlapping ads into fewer ad sets, keep them from competing against one another by compiling them into a single ad set.

Defining your target audience is a crucial factor of a campaign efficiency. However, you should avoid making it too narrow, because Facebook does not deliver ads to a very small audience. Make it several thousand or even tens of thousands users. 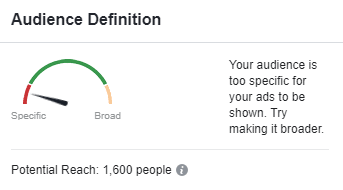 If you use manual bidding, this might not be enough to win a Facebook auction, which results in lack of impressions.

To solve this problem use automatic bidding. Later, you’ll be able to switch to manual bidding again with regard to the statistic data you’ve received.

If you have $2 budget for an audience which is considered to be expensive by Facebook algorithm, that won’t be enough to get a sufficient number of  impressions. To solve the problem you need to increase the budget at the ad set level.

Facebook engagement rate drops if you have more than 20% of text in ad images. You can use Facebook Text Overlay tool to test your ad photos. You’ll get a notification if your images don’t comply with the requirements.

Your ads might be delivering if you request manual review, but they are likely to get lower engagement rate.

If your audience is too broad or if you show one and the same advertisement to the audience for a long time,  some ads might get irrelevant to users.

Users can also hide the ad from their newsfeed or report it as spam because of low-quality content. Unfortunately, each of these actions will contribute to the overall relevance score. 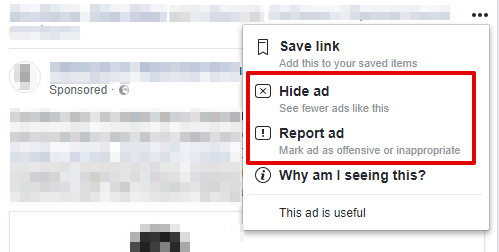 To avoid this, it’s necessary to ensure the continuing relevance of your ads, to change them regularly and create a target audience.

Audience reaction to your advertisements

You can view insights about reactions in your account on the Ads tab in Review column.

The level of positive and negative feedback will help you understand if the ad is effective or it is better to change it.

It’s better to choose Link Clicks Optimization for a start, and only after you’ve received 15-30 conversions it’s appropriate to use Conversion Optimization.